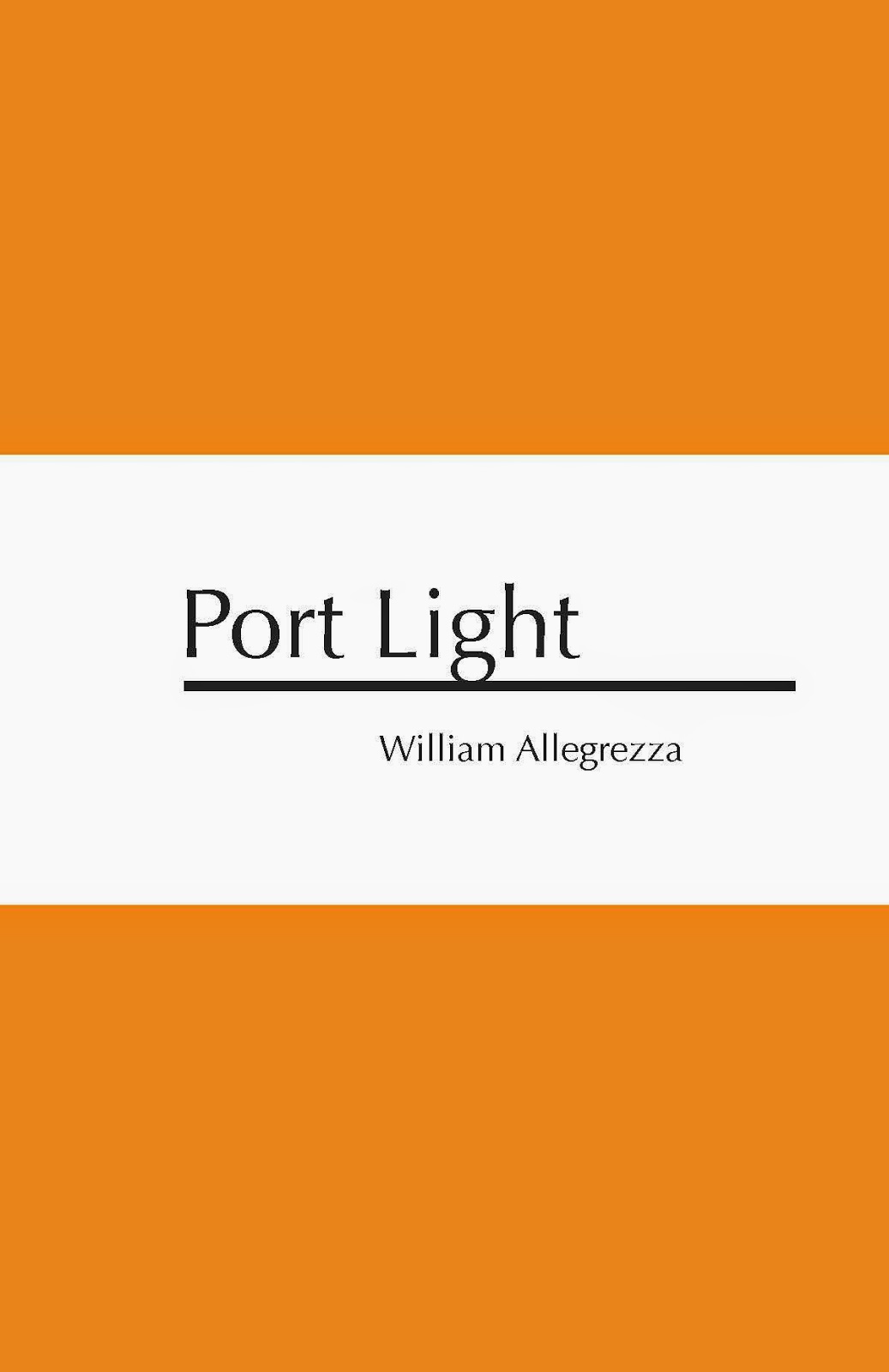 ISBN No. is 978-0-9826493-6-7
Release Date: Fall 2014
Price: $14
Currently Available for $10.50 from Lulu.com at http://www.lulu.com/shop/william-allegrezza/port-light-a-haynaku-collection/paperback/product-21781993.html
Also available direct from the publisher (MeritagePress@aol.com) and soon from Amazon.com


Port Light: A Hay(na)ku Collection brings together hay(na)kus that have been written over a number of years.  The pieces vary greatly in terms of content from the personal lyric to poems that push at language’s communicative limits.  The occasions of the poems are also diverse.  “Through Having Been” was written as a reaction to storm devastation in Haiti, but many of the poems are daily poems responding to family or friends.  William Allegrezza has written in the hay(na)ku format for almost ten years, but Port Light is his first book to collect and attempt to show a similarity between the pieces.


Bio:
William Allegrezza edits Moria Books and Moss Trill and teaches at Indiana University Northwest. He has previously published many poetry books, including still. walk, In the Weaver’s Valley, Ladders in July, Fragile Replacements, Collective Instant, Aquinas and the Mississippi (with Garin Cycholl), Covering Over, and Densities, Apparitions; three anthologies, The City Visible: Chicago Poetry for the New Century, The Alteration of Silence: Recent Chilean Poetry, and La Alteración del Silencio: Poesía Norteamericana Reciente; seven chapbooks, including Sonoluminescence (co-written with Simone Muench) and Filament Sense; and many poetry reviews, articles, and poems. He founded and curated series A, a reading series in Chicago, from 2006-2010. In addition, he occasionally posts his thoughts at P-Ramblings.