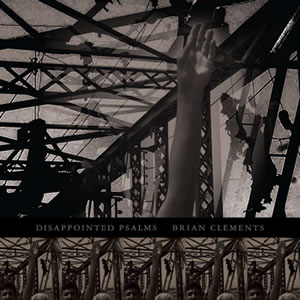 Meritage Press is delighted to announce the release of Disappointed Psalms by Brian Clements. This poetry collection is published as the recipient of the Colombian Poetry Gift sponsored by Meritage Press.

After years of working exclusively in the prose poem, Brian Clements shifts in Disappointed Psalms to short bursts, in turns raw and lyrical, that turn the languages of war and religion, so frequently aligned, against themselves. Combining short phrases from The Book of Psalms and catch phrases from the post-9/11 cultural reservoir with Clement's own lamentations on lost faith, these short poems and the litany that closes the book, like all the best political poems, attempt to wrest the ability to make meaning from the hands of spin doctors, liars, dissemblers and would-be builders of empire.

Brian Clements is the author of several collections of poetry, including And How To End It and Essays Against Ruin. He edits the small press Firewheel Editions and its Sentence: A Journal of Prose Poetics and coordinates the MFA in Professional Writing at Western Connecticut State University.