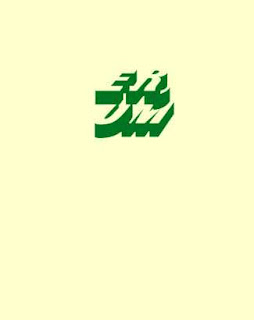 "er, um" is a collection of ten poems by Garrett Caples, together with six drawings by Hu Xin, published in a handsome limited edition of 75 copies for trade. Each copy is signed and numbered by the poet. The poems include a lyric ode to "China," homages to Philip Lamantia and Barbara Guest, the prose of "Turd Factory," and an "Elegy for George Harrison." Learn fascinating tidbits like "Alexander Graham Bell wanted to call/ his daughter Photophone" and "the iraqi oud players did not initiate/ this conflict." "Imagine a town with no numbers." See "stone lions/ accost drunken clowns dressed as priests" and "evergreen cypresses/ form the/ appropriate image/ of death."

Garrett Caples is a poet living in Oakland, CA. "er, um" is his first collection of poems since The Garrett Caples Reader (Black Square Editions, 1999), which Publisher's Weekly found "straddling the line between a Syd Barrett stream-of-sweet-nothings and the bachelor-machine eroticism of Duchamp." Previous volumes include The Dream of Curtains, burr, Five Drawings by Brian Lucas (for which he supplied text), and synth. Of his work, the poet Jeff Clark was once heard to say: "Caples is a polymath. He is, in no particular order, an essayist (he's published long, sometimes notorious evaluations of Barbara Guest, Will Alexander, John Yau, Joe Brainard, Barrett Watten, Eliot Weinberger, Charles Bernstein, among others); with his partner Anna Naruta he's the maker of films, documentaries, music videos; with Naruta he's also the publisher of Kolourmeim Press; recently he produced a cd of boogified electronica entitled Lee Marvin; he's fashioned liner notes for a handful of indie rock albums; he's a scholar of Joyce and of Stein; more interestingly, he's a connoisseur of hip-hop; he's a love poet, photographer, and collage-maker. His erotica has been anthologized. He's at work on an interview with Shock-G of Digital Underground. He's been and likely will remain, as long as he's here--or there--a student of radical Oakland politics and culture."

Hu Xin is a painter living in Beijing. Though trained from an early age in the techniques of traditional Chinese painting--his father and grandfather were both successful artists--he most often works in what in China is a comparatively recent field, oil painting on canvas. He has studied painting in China and Japan, where, as a graduate student, he began to absorb some Western influences. In particular, he was drawn to Dali's paranoiac-critical method, though "his own repeated attempts to fuse the essence of traditional Chinese painting and realistic oil painting brought about a distinct technique." Hu Xin makes extensive use of transparency, complicating the relationship between figure and ground while suggesting other planes intersecting surface reality. The result is a neo-surrealism that--given the paucity of material on surrealism written in or translated into Chinese--may be considered self-won, product of his own belief that "artistic skill should be primarily in the service of the mind," rather than simple assimilation or imitation of Western art.