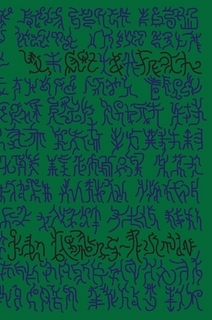 
Meritage Press is pleased to release Flux, Clot & Froth by John Bloomberg-Rissman, a two-volume project comprised of poems in Volume 1 and "Apparatus" or Notes to Poems in Volume 2.

On 23 Nov 08, John Bloomberg-Rissman finished transforming his crazy stacks of later 20th- and early 21st-century Anglophone literature into organized shelves. Looking at those shelves, he decided to "unpack" them through a longish poem: "Find something from the 1st book on the 1st shelf. Follow that with something from the 1st book on the 2nd shelf. Etc etc. Intersperse whatever I like from whatever source appeals to me. Intersperse a number of Autopoetic recursions. Form: hay(na)ku. I expect this to go on for several months.” Several became many, and the result is an epic-length mixtape composed of thousands of algorithmically/intuitively-derived fully annotated oft-mangled bits of écriture/parole. Truman Capote once famously said of Jack Kerouac’s work, “This isn’t writing, it’s typing.” Had he lived he would have said of Flux, Clot & Froth, “This isn’t typing, it’s cutnpaste.” But, as Heinrich Heine (or Ferenc Molnár?) is reputed to have replied on his deathbed when asked if he wanted last rites, “Nah. Whether or not he exists, God will forgive me. It’s his job.” Volume 1 contains the poem. Volume 2 contains 2,700+ notes which source the approximately 4,000 texts Bloomberg-Rissman sampled.

“At the heart of infinity is the accumulative event. John Bloomberg-Rissman, poet of mixmastery, dis-complicates a vastness of textonality, meticulously cites each source, then honors the poundage of forebears by locating a fresh, consistently revealing work, flush with ripening seeds.Flux, Clot & Froth accomplishes with specificity a surprisingly large, clear, deeply felt ceremony of the new poem that gleams across patens that protect and honor poetic roots, both past and current. The poem earns traction by unearthing the connections among a dizzying array of source material to discover a transcendent work. Unhesitatingly brilliant, Flux, Clot & Froth speaks beyond itself as testament to a rigorous and unparalleled synthesis of attention and humility.”
—Sheila E. Murphy

“An extreme example of what I’ve elsewhere called “othering” or, borrowing the phrase from John Cage, “writing through,” Bloomberg-Rissman’s Flux, Clot & Froth is a 700+ page magnum opus constructed (almost) entirely from words or sounds appropriated from 1000 other writers. That this is done without any sacrifice of coherence or feeling or intelligence & in a voice that remains unified & “personal” throughout is a testament to the communal nature of language & thought of which our individualities are a crucial if sometimes questioned part. While Bloomberg-Rissman is not alone in the pursuit of such an outcome, his beautifully wrought & linked three-line stanzas & other groupings present what may well remain a milestone of a new communal poetics.”
—Jerome Rothenberg